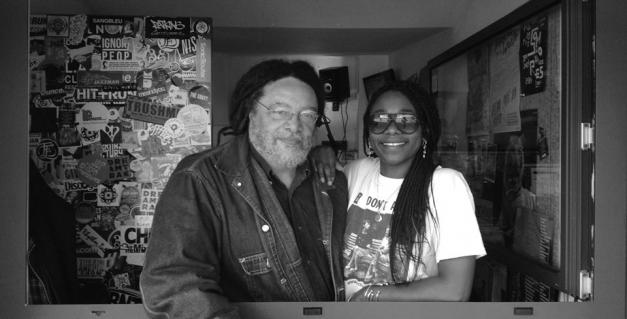 NTS Radio (also known as NTS Live) is an online radio station and events company based in Gillett Square, Dalston, London. Formed by Femi Adeyemi in April 2011, NTS Radio serves the global online community with a diverse range of radio shows. Its tag line 'Don't Assume' sums up its diversity and radical programming.

With over 130 different shows and growing since its launch in April 2011, NTS has at its heart the radically simple idea to bring together the most diverse music and speech-based programming out there. It joins the dots between Rinse, Resonance and 6Music to provide a service that reflects the wide-ranging passions of its many, many presenters – and listeners. That’s the crucial thing about NTS – it is not a niche station, it’s a multi-niche station that it gives voice to a dizzying array of passions and pressing issues – from weekly show 72 Nations that delves into the history of dub to music specials like Adam Harper’s spotlight on Estonia, and Scattershot’s powerful one-off radio docs exploring sensitive subjects like the discrimination gay refugees face.

As a community radio station, NTS reaches far beyond the physical community of its Dalston surrounds – across seas, genres, cultures, sub-cultures and times. The term “community radio” is a funny one because the prefix feels redundant – that’s inherently what radio is, what its history is. Long before we were drawn to the glowing box in the corner – or rather, today’s screen on the wall – families huddled round the wireless, connecting to the wider world beyond their living rooms via the power of radio waves.